Since today was Quad Witching day I was really expecting to either not trade at all or take a few trades with really small size and reduce my targets so I could just scalp and walk away green. Only took 1 trade while missing a better setup earlier in the morning but since that setup was a long it was automatically a B quality at best just becuase going long on a 1% gap down day is just never really a good idea no matter the circumstance. 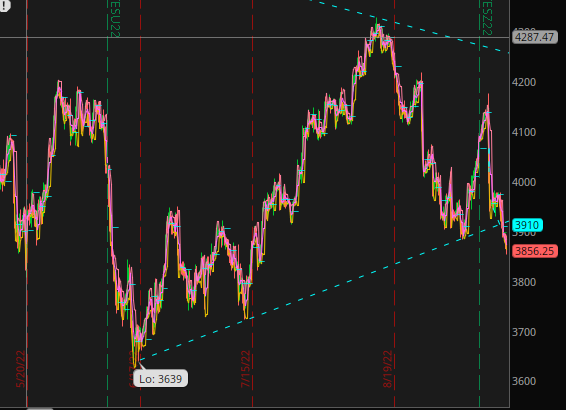 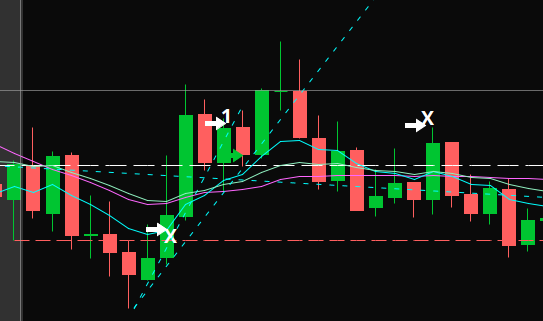 I narrowly avoided a decent loss on this trade but I also somewhat broke the setup by selling at a double bottom. I think in this scenario though I did the right thing because again we have quad witching so I just wanted to get in and get out fast so I didnt open myself to market exposure risk. I took this trade because it seemed like a trend reversal where we broke the uptrend and then retested that area. I took it fast for about 50 cents then watched this spike right back up through the highs. Luckily I walked away green from it and then just waited for a perfect setup or nothing. Today was not a day where I was going to take anything other than an A setup because Quad witching. 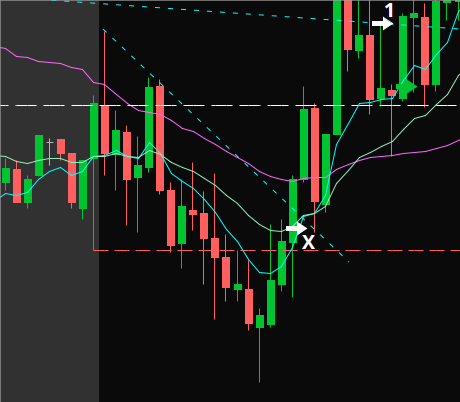 I actually really regret not taking this because if we werent down 1% on the day this was truly a perfect example of a trend reversal. We have the perfect trend break that is very strong then we have that nice pullback right back to the trendbreak zone and then we break right back up through highs for continuation. This is fucking beautiful and I really shouldve taken it. I just really dont think this would be something I would take in this market condition though so even though it is perfect its not something im using more than 30 delta into. But, beautiful example of a trend reversal right there. 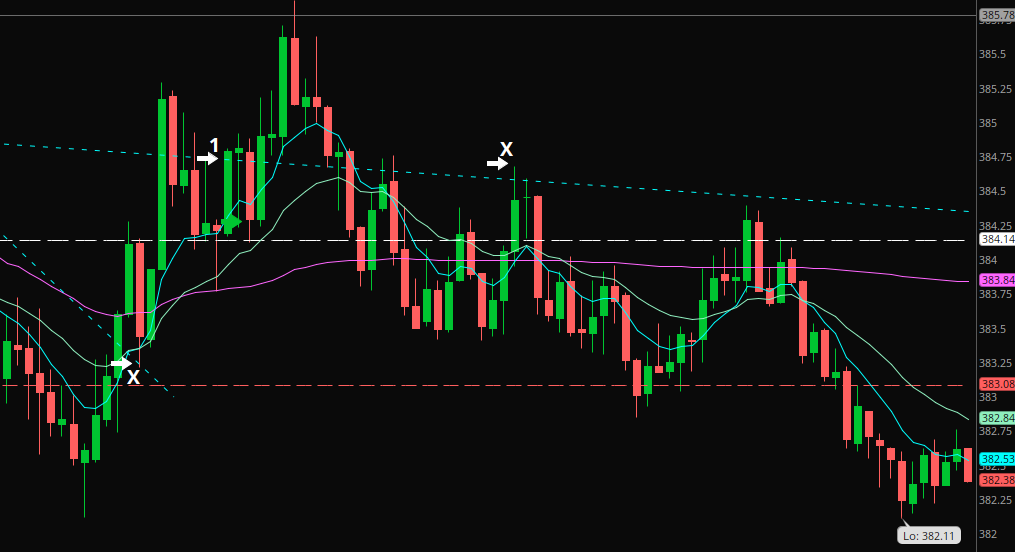 Here was a trade that is really not very clean at all but it was probably worth an entry. So we made the trend reversal and did not retest that zone at all. We simply just made a lower high then broke the previous lower low. Once we make a lower high and break a lower low and its longer than 10 minutes then that is time to start looking for continuation rather than a trend reversal. You could really argue that this was a trend reversal or a trend continuation depending on what time frame you use but since this made a lower high I think it constituted an opportunity to take the continuation to the downside. Again though I was being very careful today because I didnt want to expose myself to the market and all the theta that was being eaten up by market makers. I think in the next Quad witching instead of me really thinking that we would get huge moves to downside and upside I should approach it in terms of of going mostly sideways. Again idk maybe next time we spike through highs and destroy people who are oversized on their puts but for this quad witching day (so far, its only 12:45 at the time of this review so we could see more explosive moves later on) we moved mostly sideways with some good ranging action. In an ideal world I couldve taken this trade and scalped it fast for another nice little profit but I just think being conservative was the much smarter move today. 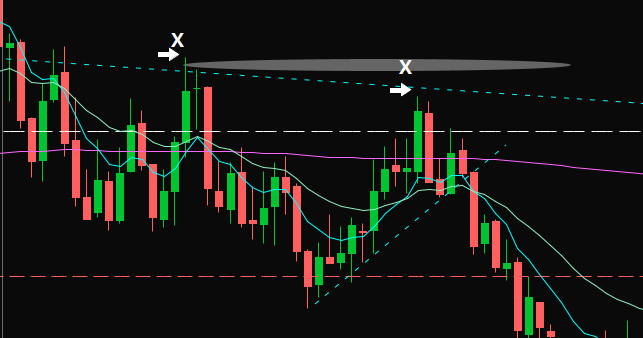 Eh idk if I should even review this cuz its really not clean whatsoever for a trend continuation. Firstly, the trend is not very strong to the downside so this high made a lower high yes but it also is wayyyy above the previous lower low. To constitute a clean trend continuation trade we have to be below the previous lower low. Since we did break back to the downside I am going to include it in the review anyway but this really is not a setup I would want to take on a day to day basis. Its nice to look back and see all the money I couldve made and that probably a ton of people did make but I need to remember I am taking ONLY HIGH EV plays from now on. I do not need to sit back and cry about all the potential money the market throws around all day, I must only find the high EV plays. That is the goal and that is the future.

Decent risk management on the win that I took and I think avoiding all the other choppy shit setups actually makes this a pretty decent day for me. Yeah in terms of P/L it was so small that it really didnt mean shit, but being able to sit back and watch shitty setups happen and me avoid them is a huge Win. Also, helping out Nate and Gonz in the discord was really nice just to get them on the same page as what I have been doing for the last 4 weeks which is "Be on the right side of the V." I think if I get them to do this more often and we all start identifying and noticing when we are on the right side of the V and we can all help eachother identify these setups it will be a huge advantage that we will have over other traders. Overall pretty good day.